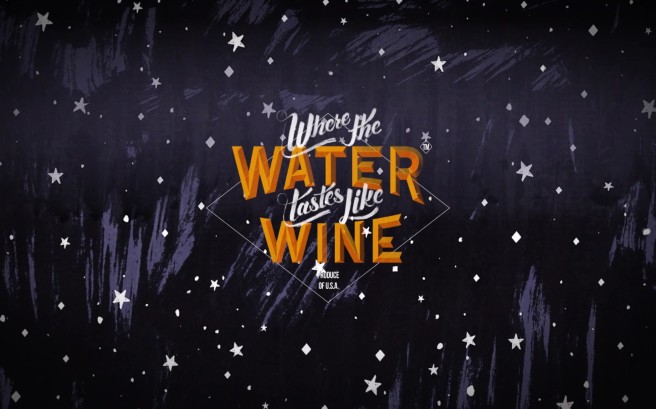 In its loading screen, at first glance, it proudly presents itself as a produce of U. S. A. But soon, very soon you’ll find out, it’s a more bitter manifestation of Americana, where the often chanted Dream struggles only to find itself shattered throughout hundreds of years and worse still, after the dust settles in-game, years yet to come. It’s nonetheless a loving piece of collective effort, embodying all the effort and struggle of commonfolk and in acknowledging them rather than a nation — an abstract, nonsensical concept that often times tries to abduct its main component — the love is as deep and real as it can possibly be.

It’s a game starts off, seemingly, in the era of the great depression. A time where Hooverville was still a thing. But as you delve deeper and venture further into the heart of the States, you’ll find many, many people and stories preexisting that period of time, many follow-ups long after the end of it. Time in that Americana is convoluted. In your painstaking journey of story-curatorship, you’ll come across a wild array of characters, some of them legendary, mostly not note-worthy, representing their struggles against different times and different themes.

You’ll meet along the way mythical figures with more fiction than truth such as lumberjack Paul Bunyan and his blue ox Babe, John Chapman or Mr. Appleseed. Pecos Bill. Pale rider. Devil himself. Even the headless horseman in Sleepy Hollow, among other mysteries and fables of talking animals, spirits, memories and dreams. Tales. Legends. Myths. Belief. Ideas. Usually unrealistic, sometimes outright surreal. Yet they are what a language — a tongue defining a culture — is made of.

But more often than not, you find small-timers like you and me. People that are devastated by poverty and unemployment. People that are confused as they’ve grown used to poverty are given jobs by WPA. Cotton-field slaves singing their mind out of misery, underground communists, gamblers and cheats, shepherds, lighthouse keepers, farmers, mechanics and the like. Nobody. Commonfolk. Sometimes the oppressed. Yet they are what a nation — a so unnecessarily glorified concept — is made of.

Yet with so, so many a story you’ve seen, heard of and partaken in, at the end of the day you’re a nameless wanderer, an eternal vagrant, not to be remembered. It’s the nature of your job: story curator and carrier, to pay your debt, but never a creator. In traveling, stories grow several sizes, into myths, songs, legends, inspiring and aspired. In sharing tales you, too, grow several sizes. Not in terms of reputation, but in knowing another person’s story, it adds to yours, and you’re gonna carry that weight. In carrying and sharing, you, from mere no one, grow into everyone.

And God, do they not weigh heavily.

Your job is collecting and sharing, but your grim yet benign employer’s goal is to weave small, truthful stories into a grandiose false narrative called “this country”, to tear it up and let the pain, lament, and struggles be remembered, not overshadowed by that Dream. I, as an outsider sharing no common native tongue nor nationality, dare not explicitly lash out on it, but there are stories that don’t define themselves by the country they happen to happen in.

I’m all too familiar with the stories of the march of the Bonus Army. In attempting to collect what the country owed them in times of dire need, they found themselves at the wrong end of bayonet tips, gun barrels, smoke bombs, tanks. The 3rd Cavalry, the 12th Infantry, the 13th Engineers, and the 34th Infantry. Under MacArthur’s command. With their president Hoover locking himself in White House. For me, it’s always been a rather peculiar thing to think about, that in fact, soup and bread are way cheaper than gas grenades. That’s what Mason, a WWI veteran with one brother and one leg forever gone, has faced, in his home country.

And I’m all too familiar with the stories of the early union movements, the Gatling guns the owners set up pointing at the miners, the Pinkerton brutes Ford hired to sabotage strikes with rubber batons and pistols. Broken bones and black fingers. Mining companies had two major ways to extort workers. Either by providing tools, but charged insane prices for food and shelter. Or, miners are allowed to hold onto their hard earned money, but they would have to buy their own equipment. Although the second manner is slightly less brutal, either one renders hard labor into hopeless servitude. Like a mule. And many did die like one, never walked out to the sun again. That’s what Little Ben, a miner, a union activist has faced, and fights against and was hunted for.

I’m also familiar with black people in their enduring grew strong in mind, and withered at the same time. It was a country so injust that, if black people wanted to fight for its war, they would have to enlist in the French or Canadian armies. Yet fiercely they fought, earning them a fearsome nickname: “Hell-fighters”. That’s 369th Infantry Regiment, where Jimmy served his time. 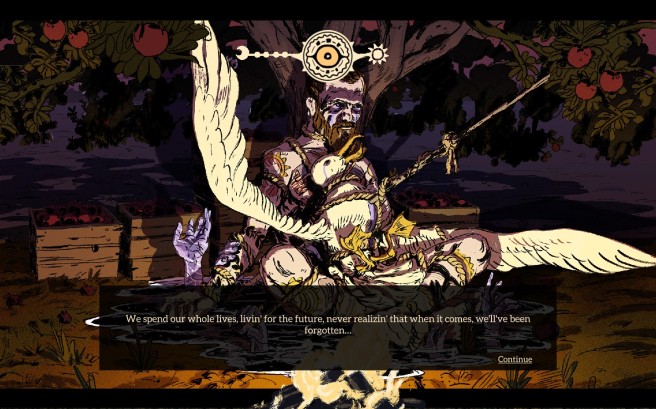 There are still more stories, each more colorfully shades of grey than another, weighing more than another. Each of them is one of many, each of them survived up till the day the wanderer greets them. They are stories told in a really concrete and tangible way. But, even though they may have prevailed against every day of their past life, in each victory big or small, there are more failures invisible. More of them just couldn’t make it to your visit. But there’s hope. Like how Jimmy puts it:

It might not be the next stop on the journey or the one after that. But we are on a journey to a better America.

Only thing is, I don’t think I have the strength to walk much further. So walk for me, alright?

In the end, it’s about the journey. Your journey through Americana’s space-time is meaningful, but more so for the stories. They unfold and weave themselves into the big story. Seeds are sowed. And they will grow, some will even thrive. There’s hope in fleeing light.

One thing Where the Water Tastes like Wine should have done it to include other minorities. It’s a story about a nation in which a large portion of railway was built upon the broken backs of Chinaman labors. And they were Yellow Peril. A considerable number of Californian plantations were run by Japs that had to marry picture brides and were forcefully moved to internment camps during war-time. And they were Yellow Peril. They would make good stories that are often forgotten. The thing is, they may have not been able to find accomplished writers that are representative. Understandable, but a pity nonetheless.

I held great expectations towards it as I really like the works of some writers in the team (such as Matthew S. Burns, Emily Short), but when I finally started playing it still took me by surprise. Never had I ever expected that it would be so audacious to tear open the facade of that Dream, only to leave players exposed to grave pain and struggles. And afterwards, in it, love and hope.

I love Where the Water Tastes like Wine in a very personal way as I find myself far more left than right, enjoying reading history a lot more than playing video-games, and thus I did not and will not recommend this to everyone for it’s lacking gameplay stimuli. But for the ones I chose to recommend to, they often ended up having a similar resonance.

I started playing Where the Water Tastes like Wine as soon as it came out, but I paused for quite some time because I felt so obliged to write about this game, but I just couldn’t find the right words. I fretted from the idea of not being able to convey how its greatness. Now in retrospect, how funny I should think that. It doesn’t matter. The words are in me, because the stories they have told are in me. The seeds are planted, where songs and myths start.

Where the Water Tastes like Wine is available on Steam, itch.io and GOG.