You are on board the Obra Dinn.
You have two tools at your disposal: an eerie pocketwatch; a book awaiting completion.
You are tasked to find out: for those who lived, their whereabouts; for those less fortunate, what fate had in store for them. The game is afoot, inspector.

I’ll start by saying this: Return of the Obra Dinn is a good game, and as of the delivery of the good, a clever game as well. A game in which you observe and deduce. Whoo Hoo!

From this point onwards, I’ll attempt to dismantle the game and see why is it so enjoyable and memorable, so I discourage you from reading a word further. Explaining a game is like dissecting a frog, after all.

Allow me to throw in an idiotic syllogistic statement here:

Jokes aside, despite the obviously wrong premise where many art games that have no structured system are excluded, most games are just Cookie Clicker with shells in different colors. A loop is often both the means and the end, incrementally or detrimentally contributing towards a final goal.

In Obra Dinn, the primary loop consists of two minor loops. I’ll call it “watch and learn”. Each requires one aforementioned tool, produces one set of feedback: 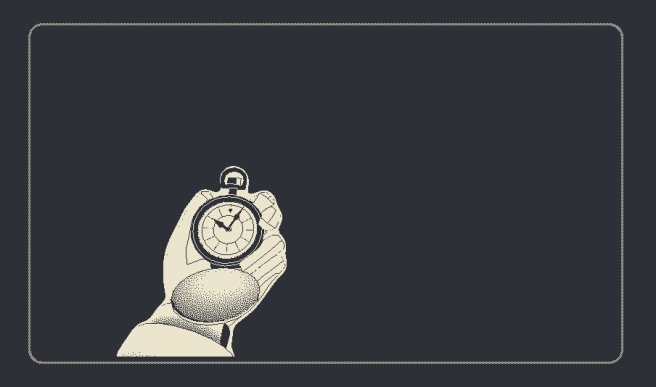 When approaching remnants or reminiscent of a death scene, the pocketwatch would prompt you to investigate. Should you oblige the cue, you will be taken back to the exact moment of death, presented to you two pieces of information on the death, on two periods of time: an audio track recorded shortly before the death, and a static death-scene in which you can navigate around and observe.

The book provides in great detail a map of the voyage, illustrated deck plans, a list the crew and passenger, including name, position and nationality, and a set of illustrations of every person on board. Parts of chapters displaying who, when, how are activated as death scenes as you investigate death scenes.

It is both the means and the end. You are asked to fill out the book by identifying and deciding the fate or whereabouts of all crew members. In doing so, each finding is a breakthrough to the rest.

To sum it up: you watch, and you learn. As you learn, you see more from what you watch.

Clearly, both departments operate in a positive feedback loop. In human language: you progress and get better, the game gets easier, you progress further. Now, people usually reach out for what they call Flow Theory for help so that the game would not be rendered tedious.

Obra Dinn does no such things. Because it doesn’t need to.

While its content delivery does present itself in a structured system, it does not depend upon any structured system. You don’t progress by growing a number, nor do you venture forth by clearing a map, but… yeah, you actually do. When I said Obra Dinn’s content doesn’t depend on system apparatus, it’s because the fun comes from truth-seeking, from deduction, from the moment to moment “eureka” where you hear things click beautifully. These happen in your head. When I said its content present itself in a system, it’s because it neatly tracks cases chronologically, spatially, interactively and graphically, rules out identities you’ve already determined, congratulates you on your intelligent work from time to time, and motivates, provides you with one explicit quota to meet, et cetera.

At first, I couldn’t help but compare Obra Dinn against Herstory. Both games throw you right into the post-mortem, the aftermath of a tragedy, and first and foremost, the center of a mystery. In that, you have fun in painstakingly dismantling what is shown to you into pieces, and put the pieces back together, then you take a step back, admire your intelligent work. Even the end is not so unlike: you get a call, and you choose to leave or not. You get to decide if you are satisfied with what you have.

I took my fair share of notes playing Herstory, but I made none playing Obra Dinn, that’s the way they are different. Obra Dinn is the more video-game-y of the two, in this case. While Herstory refrains from implementing any gameplay element, Obra Dinn is friendly enough to provide you the said set of systematic tools. No more handwritten notes. Take the end for example as well. In Obra Dinn, if you have not completed all cases, you will be told so, while in Herstory you just leave. What you’ve gathered from pieces of interviews is strictly in your head (and your messy note, of course).

From that, I believe I can dimly see the difference between the two approaches, and how two games are built around them. Herstory does not attempt to explain to you a definitive truth: seeking truth is stern, is an introspective pursuit. In Obra Dinn, as the meticulous nature of the way clues are scattered around, the meticulous nature of the character’s profession, seeking truth is joy, is an activity to be rewarded (Lucas Pope went as far to give you an extra chapter if you leave will every fate filled out accurately). 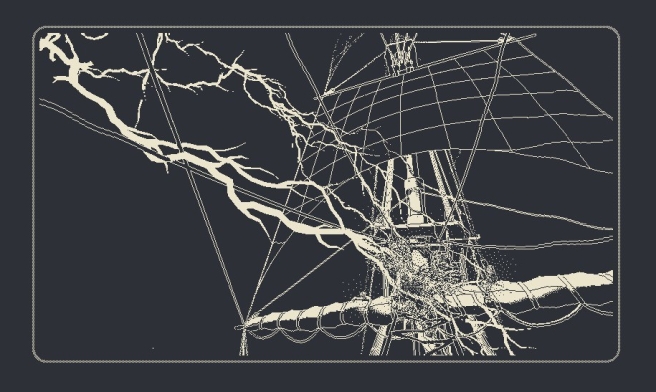 Then again, none is necessarily more superior, but I must confess I enjoyed Obra Dinn more. It’s because Obra Dinn is a clever game. Remember I said it’s clever earlier? That’s because for me, the most clever way to empower the player is not to make them feel forceful, but rather, to let them feel smart, which is precisely what Obra Dinn’s loop of progression does.

It’s done in the utmost delicacy, by imposing slight challenges that are seemingly quite impossible, such is the gap between perceived challenge and actual challenge. Among them, subtly apparent clues are placed in death scenes, in audio tracks, in illustrations, in the crew list, and in the combination of them. Call it hand-holding as you might, visibly absent but omnipresent hand-holding is hand-holding done right.

I felt smart when I through audio logs and pieces of foreign language located some specific crew, from a thrown boat in the distance decided the fate of certain missing persons. I felt even smarter when I found out that from formation and dress code depicted in the illustrations, I could produce enough educated guesses to work out their identity. Then, a pat on my shoulder, a “well done” text on-screen, and I would think, “a-ha, knew I was on the right track.”

Thus, the entirety of the Obra Dinn is assembled. At least that’s how I’d imagine it’s done. Then, in a loop so bewitching to the point of intoxicatingly satisfying, I finish all sixty cases in one sitting, I was hungry for truth, and I was hungry for food afterward. 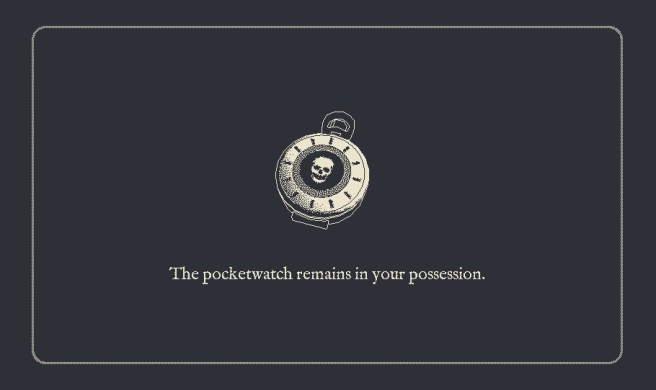